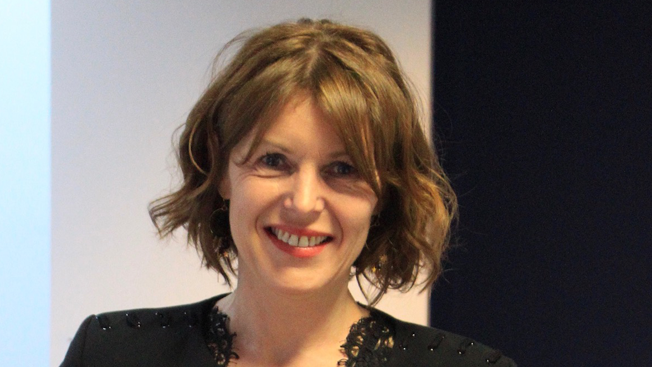 EcoCloud is happy to announce that Anne-Marie Kermarrec, Professor in the School of Computer and Communication Sciences at EPFL, has now come aboard the EcoCloud faculty.

Anne-Marie Kermarrec is a widely acclaimed computer scientist with deep academic and business experience. After completing her PhD thesis at Rennes (France) in 1996, she worked with the computer science group at Vrije Universiteit in Amsterdam for a short while before taking up the position of Assistant Professor at the University of Rennes. Between 2000-2004, Anne-Marie was part of Microsoft Research in Cambridge. For the following decade, she worked as a Research Director at INRIA in Rennes. In 2015, she founded Mediego, a startup company for online personalized predictive services that directly leveraged her research work.

Anne-Marie has won several honors and awards. She received an ERC grant for GOSSPLE (2008-2013) and an ERC Proof of Concept for the new recommender AllYours (2013). She received the Michel Monpetit Award (2011) and the Innovation Award (2017) from the French Academy of Science. She has been elected to the European Academy in 2013 and named ACM Fellow in 2016. She has also been on the program committee of many workshops and conferences and served as Chair of the ACM Software System Award for a number of years.

While welcoming Anne-Marie Kermarrec to the EcoCloud faculty, we are sure that her international stature as a hardened researcher will amplify the center’s activities and its leading academic role in the global arena.