Tobias Kippenberg in “Who’s Who” List of Influential Researchers

HomeTobias Kippenberg in “Who’s Who” List of Influential Researchers 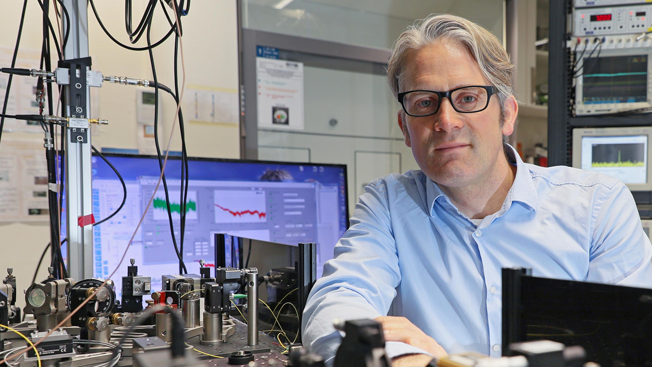 The much anticipated list of Highly Cited Researchers for 2019 is out. Published annually by the Web of Science Group, a Clarivate Analytics company, the list, generally known as the Thomson Reuters list of Highly Cited Researchers, includes scientists who produced multiple papers ranking in the top 1% by citations for their field and year of publication. Among them is Tobias Kippenberg, Full Professor at EPFL’s Institute of Physics and Electrical Engineering and head of the Laboratory of Photonics and Quantum Measurements (K-Lab).

The papers considered for the HCR list are segmented in one or more of 21 main subject fields from the Essential Science Indicators (ESI). Besides, there is a cross-field category to cover researchers who have produced exceptional publications across multiple subject fields. To determine the “who’s who” of influential researchers, the Web of Science Group uses the data and analysis performed by bibliometric experts from the Institute for Scientific Information. To be on the HCR list means a lot for scientists because it confirms their position within a small fraction of the researcher population and shows that they contribute meaningfully to gains in society, innovation and knowledge.

A breakdown of the HCR list based on country and region shows a remarkable concentration of top talent. Although the highly cited researchers are spread across 60 countries, 85% are affiliated to institutions from just ten countries. Switzerland has a total HCR count of 155 this year, which includes 24 EPFL researchers.

By being part of the HCR list since 2014, Tobias Kippenberg, who recently joined EcoCloud, has demonstrated his significant research influence among peers in Physics through citations accumulated through many years of extensive research publications.