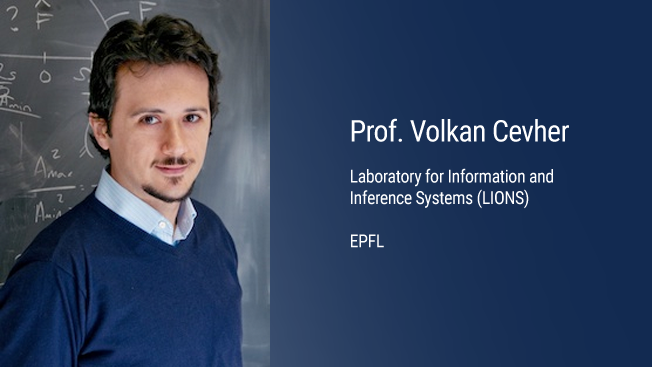 Google AI has announced the list of winners for its Faculty Research Awards (2018), and among them is Professor Volkan Cevher from the LIONS’ lab at EPFL. He has earned the distinction under the category ‘Machine learning and data mining.” He is one of only two winners from Europe in that category.

Under the award program, Prof. Cevher’s research proposal “A Convex Optimization Perspective for GANs” will now receive “unrestricted gifts as support” from Google AI. The research calls attention to the over-reliance on heuristics and trial-and-error in training generative adversarial networks (GANs), which is causing GAN results to stagnate. Instead of that path, Prof. Cevher’s work presents a novel algorithmic framework for GANs via an infinite dimensional affine matrix game, which will not only address the optimization of GAN but also help attain the ‘mixed Nash Equilibrium’ for the selected formulations. The proposed research further develops his earlier work on Langevin dynamics to improve the efficiency of training procedures. It is also proposed to present specific applications that could be built around the new approach toward GAN formulations.

Apart from machine learning, Prof. Cevher’s other principal research interests are signal processing theory, convex optimization, and information theory. He has won several Best Paper awards at various forums, including IEEE Signal Processing Society (2016), CAMSAP (2015), and SPARS (2009). He has also won research grants from the European Research Council in 2011 and 2016.

Since 2005, Google’s Faculty Research Awards have helped foster new technologies worldwide by funding researches in computer science, engineering, and allied fields. The awardees are selected through a rigorous and highly competitive process in which only 15% of applicants receive funding each year.