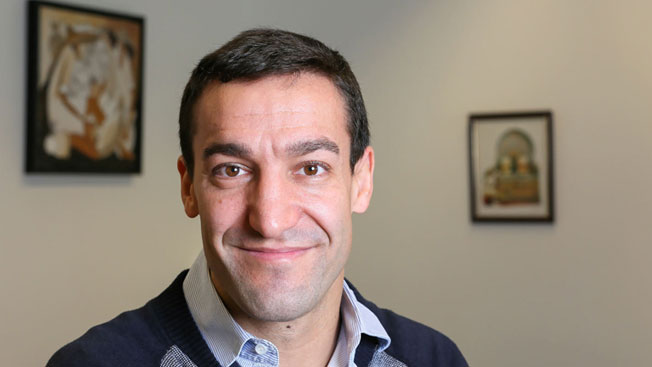 Each year, the IEEE Technical Committee on Cyber-Physical Systems (TCCPS) recognizes outstanding scientific contributions under various categories, including the Early- and Mid-Career awards. The winners for 2018 have just been announced by the Committee. Among the awardees is David Atienza, associate professor of electrical engineering and director of the Embedded Systems Laboratory (ESL) at EPFL. He has won the Mid-Career Award for “sustained contributions to thermal processor design and medical wearables.’’

The award recognizes Professor Atienza’s extensive work on smart wearables for the Internet-of-Things (IoT), particularly in the medical domain. He has been working in this arena since 2010 to develop specialized multiprocessor designs and microprocessor controllers. These tools can be used to target electrocardiogram analysis and embed advanced features in the sensors to help doctors analyze data remotely. The system functions autonomously and maintains uninterrupted communication between the patient and the doctor.

In a related research published earlier this year in IEEE Journal of Biomedical and Health Informatics, Professor Atienza and colleagues developed a simple, modular, and effective algorithm to delineate and locate the peaks and boundaries of different ECG waves.

His work through the years has been acclaimed by renowned institutions and international conferences. These include the External Research Faculty Award of Oracle (2011), the ACM SIGDA Outstanding New Faculty Award (2012), numerous “Best Paper” awards, and—most recently—DAC’s Under-40 Award for innovative research on design and automation.