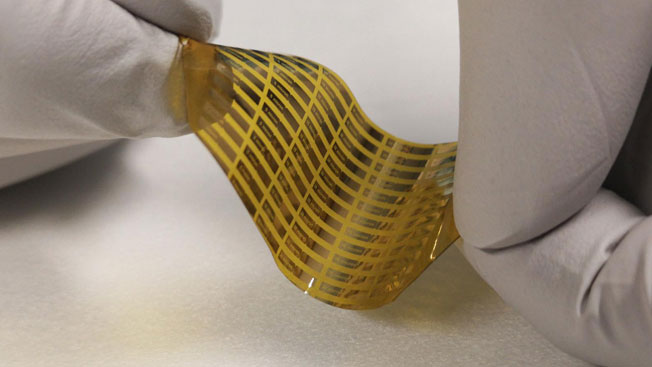 The fastest devices available today depend on semiconductors, but the main problem of semiconductors is their decreased power output with increase in frequency. In the case of terahertz waves, which oscillate at frequencies of 100 billion to 30 trillion cycles per second, the power output is just a few milliwatts, which is not of much use for high-speed applications. However, researchers at EPFL’s Power and Wide-band-gap Electronics Research Laboratory (POWERlab), led by Prof. Elison Matioli, have developed a plasma-based nanodevice that can be combined with antennae to radiate hundreds of volts within picoseconds.

The nanodevice has the capacity to generate terahertz waves that are 20 times more powerful than any existing device today. That is a revolutionary advancement in the field because terahertz waves, despite their immense potential, are extremely difficult to achieve.

In the study, the researchers achieved a switching speed of more than 10 volts per picosecond, which is about two orders of magnitude larger than that of field-effect transistors and more than 10 times faster than that of conventional electronic switches. By integrating the nanodevices with dipole antennas, they were able to emit high-power terahertz signals with a power–frequency trade-off of 600 milliwatts, far greater than that achieved by any state-of-the-art compact solid-state electronic device.

The research by the EPFL team will open a wide array of applications in many different fields because terahertz waves have unique properties; they can permeate through paper, clothing, wood, and walls. One of the most obvious and potent applications would be high-speed wireless communications that can handle huge data. Other areas in which the ultrafast nanoscale device can play a major role include imaging, sensing, and biomedical applications. The device could even be installed in smartphones and other handheld devices to enhance data transmissions.

The research was conducted by Mohammad Samizadeh Nikoo, Armin Jafari, Nirmana Perera, Minghua Zhu, Giovanni Santoruvo, and Elison Matioli. It has been published in the journal Nature.