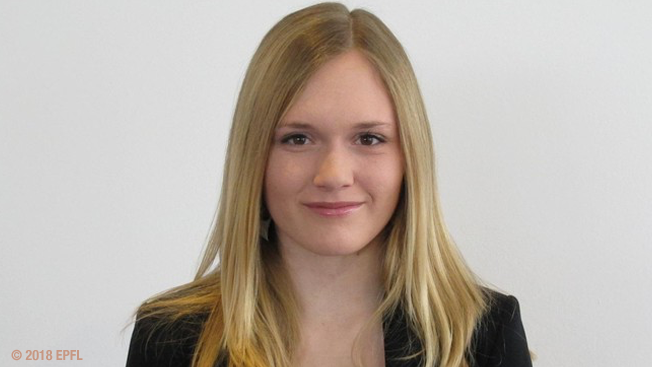 Last month, Google announced the winners of its PhD Fellowship award for 2018. They include 39 researchers from North America, Europe, and the Middle East. Among them is Lana Josipović, a doctoral student in the Processor Architecture Laboratory led by Professor Paolo Ienne. She has been awarded for her outstanding research in the Systems and Networking domain.

Lana began her doctoral studies at the IC School in 2015. Her excellence in computing and technology, firm academic founding, and proven leadership quickly came to the fore. In September 2015, she was awarded the Google Anita Borg Memorial Scholarship to become one of only two Swiss scholars to benefit from the scholarship that year.

Since then, Lana has focused on bringing software and hardware closer together by developing efficient circuits for Field Programmable Gate Arrays (FPGAs), which perform a key role at data centers. In one of her recent papers this year, she highlighted high-level synthesis tools that can be used in new FPGA applications and showed the demands of computing in broader application domains. In another research, she presented an innovative and practical method to organize the allocation for an out-of-order load-store queue for spatial computing. The research detailed the construction of load-store queue and demonstrated its advantages over standard accelerator-memory interfaces.

Google established the Fellowship program in 2009 to affirm its commitment to supporting and building relationships with the academia. Over the years, the Fellowship has fostered several hundred researchers, innovators, and entrepreneurs in Computer Science and allied fields. In Lana’s case too, the recognition by Google will reinforce her research potential and help her contribute new findings in her specialized domain