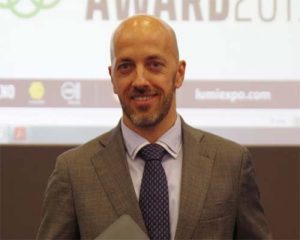 Nicola is a T-shape manager and entrepreneur who likes to build new innovative projects and ventures. He has extensive experience as an international business developer who has worked in several European cities such as Venice, London, Dublin, Paris and Turin. He practises and experiences entrepreneurship. He develops creative projects in the digital world and has a natural sense of transforming a mere idea into a fruitful business. Nicola founded B-sm@rk in Ireland, a high potential tech start-up; Back2Africa in Italy, a social entrepreneurship venture raising funds for Togo & Benin kids; and VCNY (Venice Chinese New Year) in Italy, a destination marketing project focusing on Chinese millennial travellers.

He is currently head of the innovation team for the City of Turin and acts as innovation manager for Torino City Lab. Nicola just enrolled as a Ph.D. student at the University of Turin with a focus on innovation for the circular economy. Nicola graduated in economics and international commerce from Cà Foscari University in Venice (1999) and in 2007 he received an executive master in entrepreneurship and international management from Kansas School of Business. During his career he has got several opportunities to teach as a lecturer and guest speaker in innovation and entrepreneurship, both at university classes, corporate education events, workshops and entrepreneurship laboratories and international events. In particular he has gained solid public speaking and lecturing experience during my research and innovation collaboration with INTENTAC (International Entrepreneurship Academy) and IVI (Innovation Value Institute). In Italy Nicola lectured at the universities of Bergamo, Venice, Padua, Turin, Macerata, Genoa, Rome (Unilink). Internationally he lectured at the universities of Dublin (NUIM) and Paris (ESAM).

Nicola’s education philosophy is built on his personal experience of entrepreneurship and innovation practitioner and tailored to the class he has in front, aiming at providing a good mix of theoretical and practical frameworks. Since 2010 Nicola has lectured for about 200 hours, both in italian and english. Nicola has been a guest speaker in many international conferences about innovation, start-up and smart cities, such as: EU Innovation Convention 2011 in Bruxelles; 21Minuti-The human start-up 2015 in Milan; Amadeus Customer Loyalty conference 2015 in Guadalupe; Traveldaily Conference 2016 in Shanghai; ITB China 2017 in Shanghai; TravelTech Conference Russia 2017 in Moscow; Smart City Expo 2019 in Barcelona; and Prague City Data Congress 2020, among others.