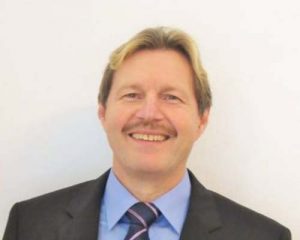 Bruno Michel received a Ph.D. degree in biochemistry and computer engineering from the University of Zurich and subsequently joined the IBM Zurich Research Laboratory to work on scanning probe microscopy and its applications to molecules and thin organic films. He introduced accurate large-area soft lithography and later started the Advanced Thermal Packaging group in response to the needs of the industry for improved thermal interfaces and better miniaturized convective cooling. Important research topics are microtechnology / microfluidics for nature inspired miniaturized hierarchical supply networks, 3D packaging, and reduced thermal resistance to improve efficiency in future green datacenters and in sustainable energy conversion processes. His central focus is to make computer more efficient by miniaturization and volumetric densification and to help massively reduce the carbon footprint of the Information Industry. His Research is targeted to replace Moore’s law with a biologically inspired roadmap to reach the functional density and efficiency of our brain. As part of the recently started smart system Initiative he develops data driven medical technologies based on efficient, miniaturized cognitive wearables, edge, and cloud computers. The effort spans from new sensing principles to multi sensor data analytics and cognitive computing and brings sensing, computing, and artificial or augmented intelligence much closer to humans thereby making it much more valuable and useful.

Bruno Michel has worked to make computers more compact, efficient and powerful using bionic or bioinspired concepts bringing forth major positive impacts on the information and energy industries. He is a leading cross-disciplinary innovator both at the level of scientific breakthroughs as well as at an applied technological level. He is member of the National Academy of Engineering and of IBM’s Academy of Technology. He is IEEE fellow and recipient of IEEE THERMI and Harvey Rosten Awards. He has published more than 300 scientific as well as technical papers with more than 22’000 citations (h-index 75). He holds 160 patents and received an IBM patent portfolio award and several outstanding technology achievement awards.

In a recent TED talk Bruno Michel shares an optimistic view about the battle between natural and artificial intelligence: by investing in our mental fitness — through tap dancing, for example — we can stay competitive with sophisticated AI.