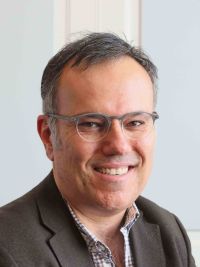 Babak is a Professor in the School of Computer and Communication Sciences and the founding director of EcoCloud, an industrial/academic consortium at EPFL investigating scalable data-centric technologies. He has made numerous contributions to computer system design and evaluation including a scalable multiprocessor architecture which was prototyped by Sun Microsystems (now Oracle), snoop filters and temporal memory streaming technologies that are incorporated into IBM BlueGene/P and Q, spatial memory streaming that appear in ARM cores, and computer system performance evaluation methodologies that have been in use by AMD, HP and Google PerKit . He has shown that hardware memory consistency models are neither necessary (in the 90's) nor sufficient (a decade later) to achieve high performance in multiprocessor systems. These results eventually led to fence speculation in modern microprocessors. His latest work on workload-optimized server processors laid the foundation for the first generation of Cavium ARM server CPUs, ThunderX. He is a recipient of an NSF CAREER award, IBM Faculty Partnership Awards, and an Alfred P. Sloan Research Fellowship. He is a fellow of IEEE and ACM.